More than 600 wooden homes with the Nordic Swan Ecolabel, a school, a pre-school and an after-school centre have been painted with Tikkurila paints.

In the town of Sigtuna, Sweden's most sustainable district, Sigtuna Stadsängar, is being created. Here more than 600 homes with the Nordic Swan Ecolabel, plus a school, a pre-school and an after-school centre have been built in wood. Tikkurila supplied the paint for the factory-painted cladding to the wood processing company Moelven which built the school and the pre-school.

Sigtuna is Sweden's oldest town and was founded in 970. More than a thousand years later, Sigtuna is still a popular meeting place for people from all over the world, mainly because of its strategic location between Uppsala and Stockholm, not far from Arlanda airport.

The Sigtuna Stadsängar district extends to the north of the town. Over an area of around 330,000 square metres, almost 600 homes with the Nordic Swan Ecolabel have been built. The district is divided into small areas made up of buildings of different heights and types, including rented and owner-occupied apartments and houses. The aim is to reproduce the welcoming atmosphere that characterises the rest of the town but in a more modern style. The district also has a market square, restaurants, shops and a brand new school – the English school – plus a pre-school and an after-school centre.

The school has been built by the wood processing company Moelven. It is one of the leading producers of modular buildings in Scandinavia and manufactures and paints around 6000 modules every year. The school consists of modules which were painted with primer at one of Moelven's plants and then assembled and given a top coat on site. Both the school and the pre-school have the Nordic Swan Ecolabel. 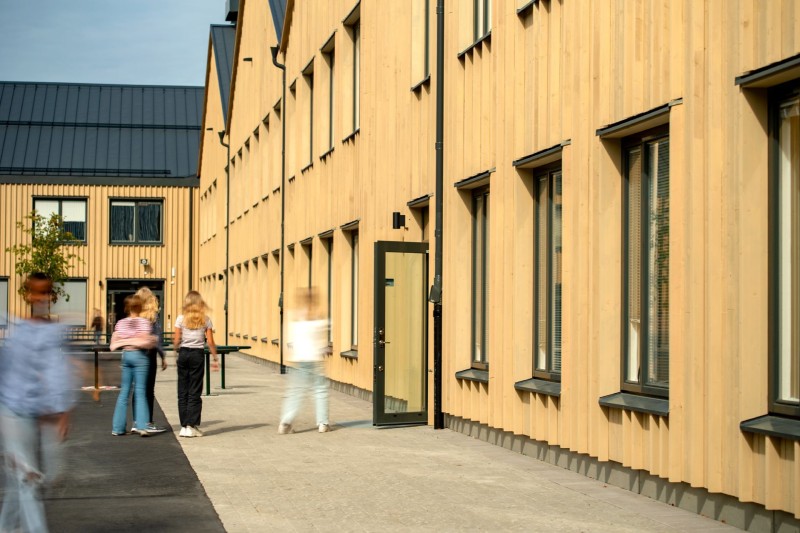 It was a very enjoyable project, but we also had some big challenges to overcome. The construction period was only nine months and some deliveries were delayed because of the pandemic, but Tikkurila was able to help us out. Our wood guru at Tikkurila Micke (Mikael Andersson, a technical wood specialist) came out on site and helped to develop a special formulation for the window recesses in the right colour.
Jonas Ljungberg, Site manager, Moelven

Tikkurila and Moelven have been working together for a long time and Moelven uses Tikkurila's products for almost all its projects. Tikkurila's Pinja Protect paint system, which is designed for exterior cladding, can be applied to the cladding in the factory before assembly. The paints can be supplied in almost any colour. They also have good colour retention and adhesion, plus a short drying time. In addition, they are easy to apply.

The product used for the school project was Pinja Color Plus. The panels were coated with the wood stain at one of Moelven's plants and then given a top coat of Alcro Virke on site. Alcro Virke can be applied easily and highlights the natural texture of the wood. It can be used outdoors on new wood that has already been impregnated or painted. It creates a water-repellent coating and helps to prevent cracks from forming. 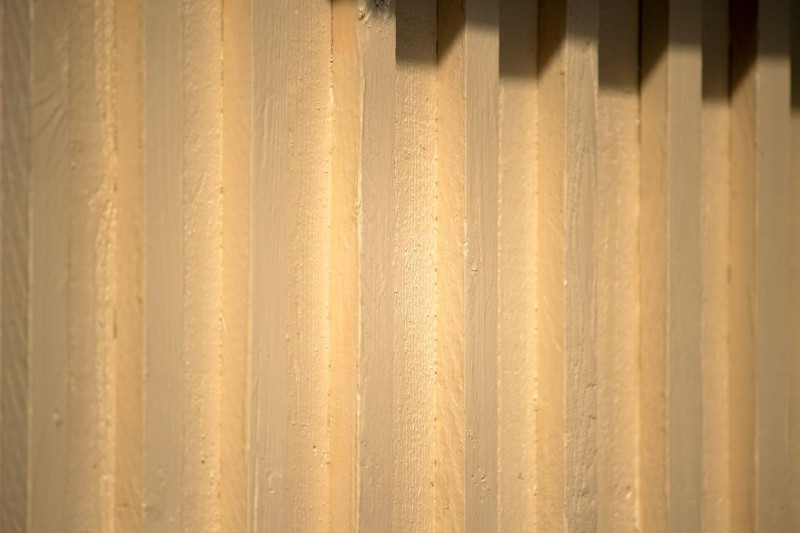 Want to hear more about our solutions for wooden claddings?

Yes, take me to the UK site
Continue to Tikkurila.com
Products used
25360 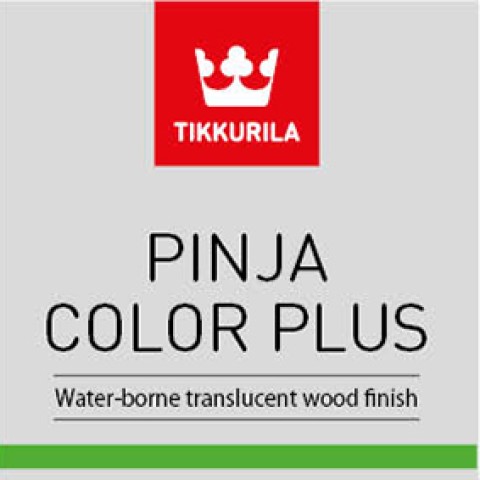