The Jätkäsaari district in Helsinki got a landmark and the local residents a new meeting place when the 16-storey Clarion Hotel Helsinki opened its doors to the public in October 2016. It is Finland's second tallest hotel after the 25-storey Torni in Tampere, which was completed in 2014. Tikkurila products were used to finish the interiors.

Clarion Hotel Helsinki is part of the Nordic Choice Hotels chain, which has 190 hotels in the Nordic and Baltic countries. AB Invest AS, an investment company of the Norwegian investor Arthur Buchardt, has already built several hotels in the Nordic countries, but Clarion on Jätkäsaari is the first in the chain in Finland. Clarion Hotel Helsinki Airport opened the same week, and more are being planned.

Initially, the investment company planned a cross-shaped design hotel for the Katajanokka district in Helsinki, but the project was not approved by the Helsinki City Council. Next, the company started to design a tower reaching over hundred metres on Jätkäsaari. When the designed height was lowered, the project was finally approved. 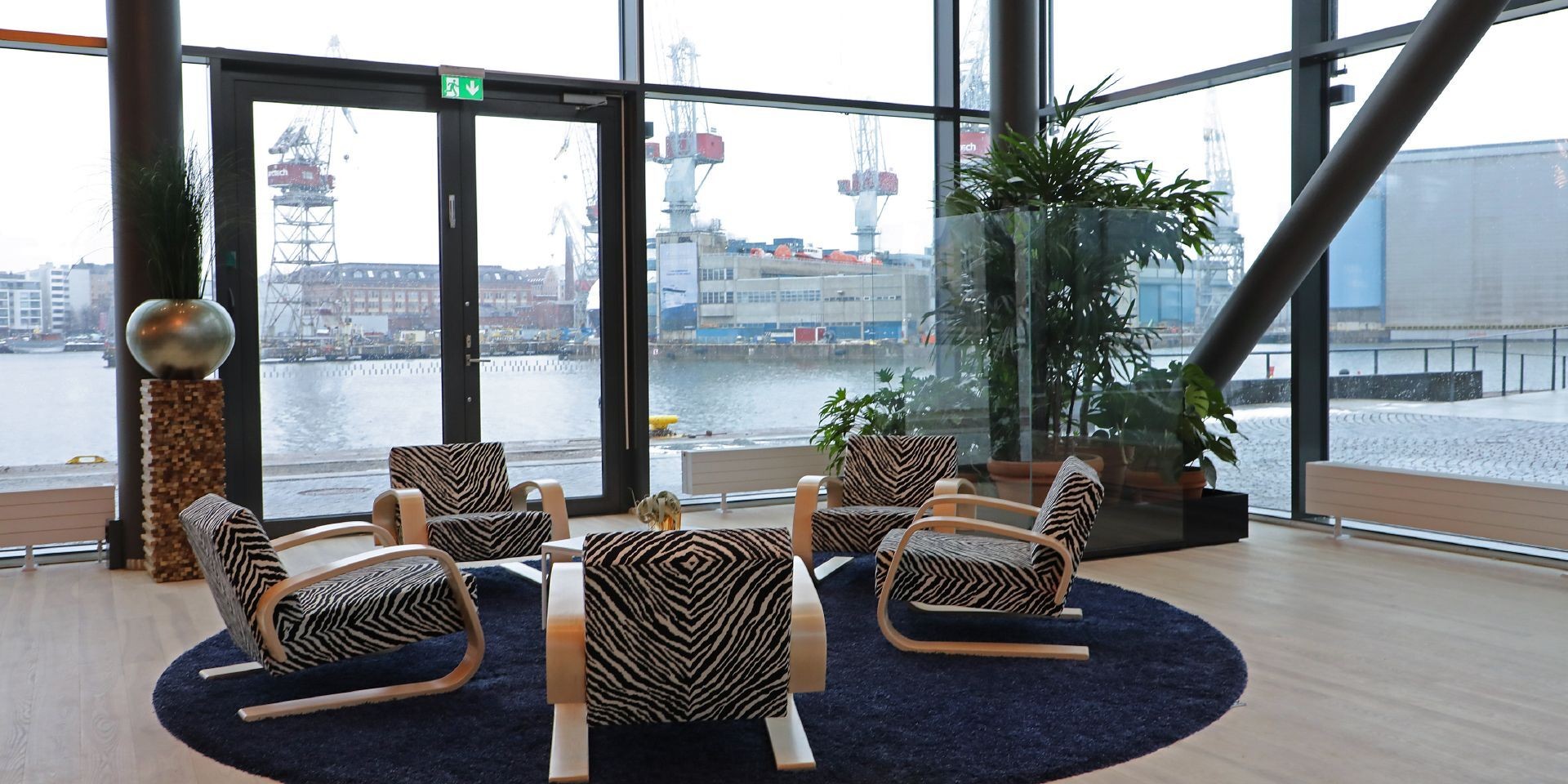 A combination of old and new

Architecturally, Jätkäsaari is a demanding district, as just a slightly taller building can be seen far from land and sea. Clarion Hotel Helsinki consists of two towers, 78 and 68.5 metres high, respectively. The higher tower is positioned as an extension of the Boulevard, and the lower tower is aligned with Jätkäsaari streets. In addition, the project involves an event centre that was built in an old harbour warehouse.

The construction works of the hotel in the former harbour area began in spring 2015 and were completed in autumn 2016 on schedule. The new building covers an area of almost 17,000 m², and the event centre covers over 8,000 m². The project was very demanding due to the fast schedule and the requirements of the protected warehouse building. The total cost was approximately EUR 120 million.

The main contractor for the project was a Norwegian contractor that had previously served Buchardt, HENT Ab, who established themselves in Finland with the project. Aki Davidsson of Davidsson Tarkela Architects, who was the chief architect, describes the design work: 'In the case of Clarion on Jätkäsaari, the concept came from Arthur Buchardt, the investor of the project, who has built almost 20 hotels for his ownership in the Nordic countries. Buchardt and the Choice chain have a long-standing cooperation relationship, and Clarion achieved common goals. Buchardt's hotels are all unique.'

'Naturally, architecture springs to life during design, but in this case we had some very in-depth discussions about the architectural goals of the hotel. Another issue was the event centre, located in the harbour warehouse, where we sought to maintain a very industrial look. In the new building, the same harbour and industrial construction look have been emphasised especially in the lobby,' Davidsson continues.

Located in a breezy spot, the body of the high hotel is mainly made of concrete, but it has been stiffened with heavy, vertically-tensioned steel bars. 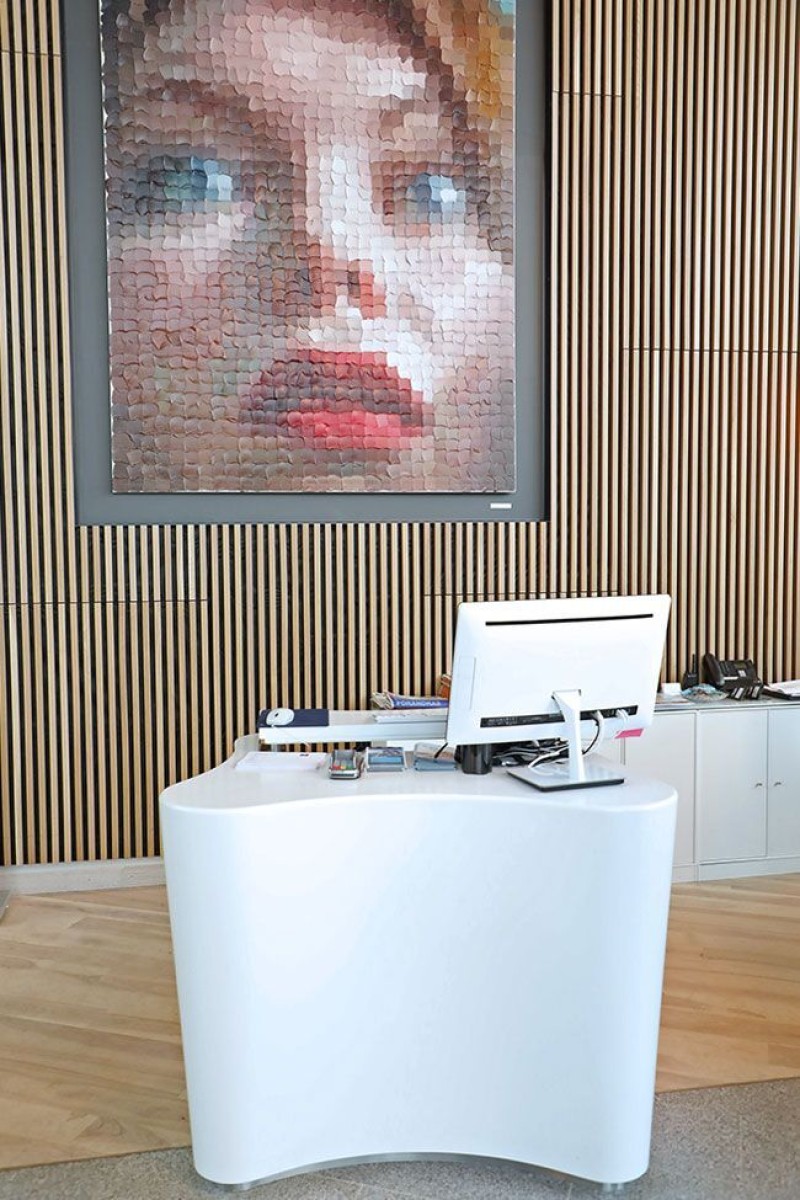 The Lithuanian contractor Markučiai designed, manufactured and installed the frame and elements. The façades of the new building are relief-like, with a grid design comprised of glass openings and aluminium panels. The colour scheme is white and grey. 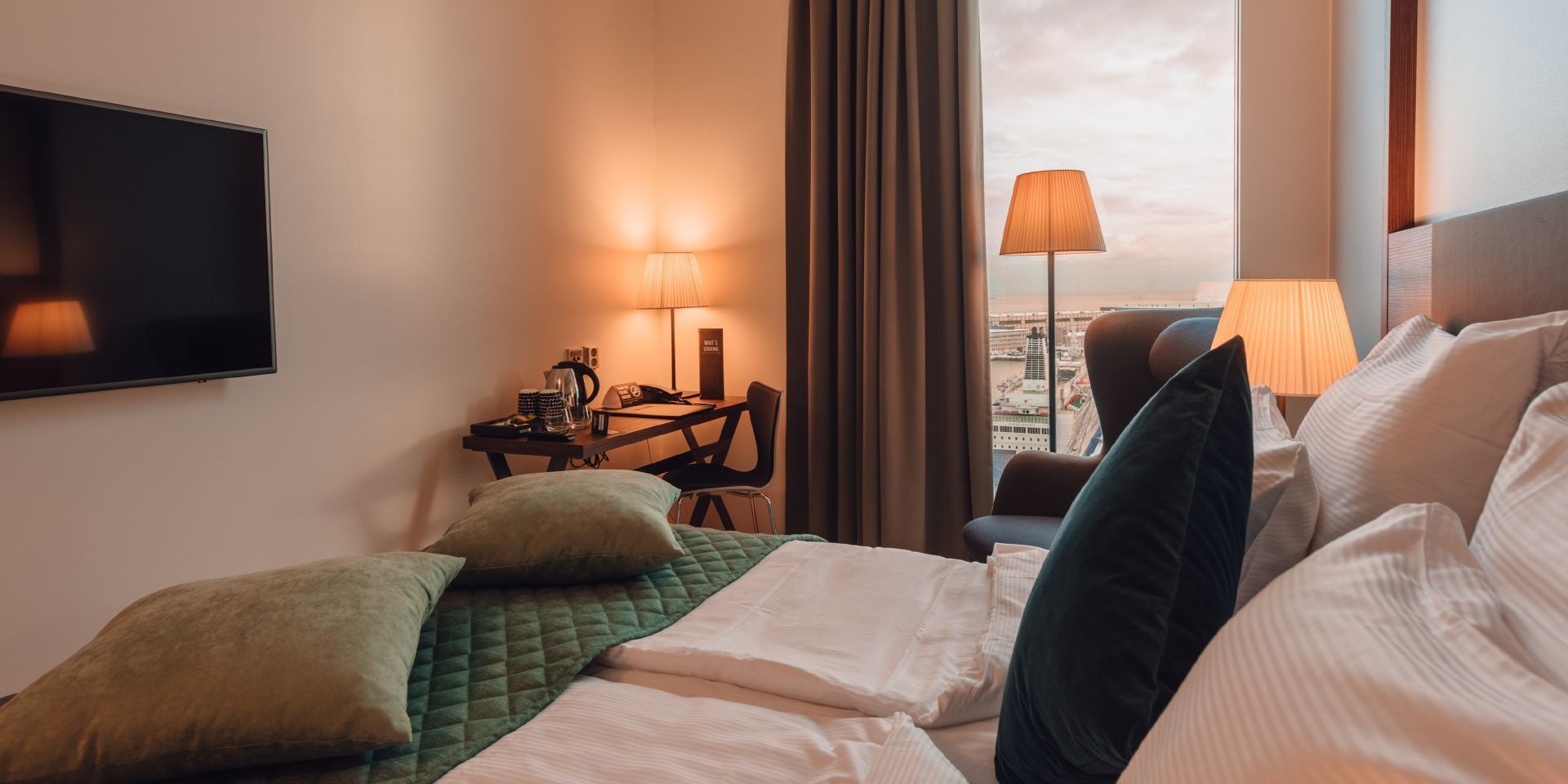 The 425 rooms of the hotel are located in two towers, and on the 16th floor of the higher tower is the scenic bar Sky Room, which is open to the public. On the same floor but in the other tower is another specialty of the hotel complex: the sauna section and the rooftop pool, the bottom of which is partially transparent. The outside views can already be seen from the glass-walled lift that connects the towers.

Designed by architect Lars Sonck and completed in 1935, the empty warehouse building was transformed into a 1,000-guest event centre that was connected to the hotel towers by a glass corridor.

When the protected harbour warehouse L2, representing late classical industrial architecture, was transformed into an event centre, it naturally resulted in strict restrictions on changes to the façade and interior. The façades remained largely unchanged. The seaside windows were enlarged, and the old massive doors were replaced with new thermal-glass windows and doors made of steel.

On the first floor, a restaurant and bar for 450 guests were built, as well as facilities for maintenance and staff. The second and third floors were converted into spaces for conference guests. Part of the fourth floor was connected to the third floor and the remainder was converted into the event centre's building services facilities.

The old stairwells were retained, and two new stairwells and lifts were built to meet the new use and exit requirements. The spirit of the warehouse interior is maintained, for example, by preserving some of the existing structures, such as mushroom columns and concrete flooring. 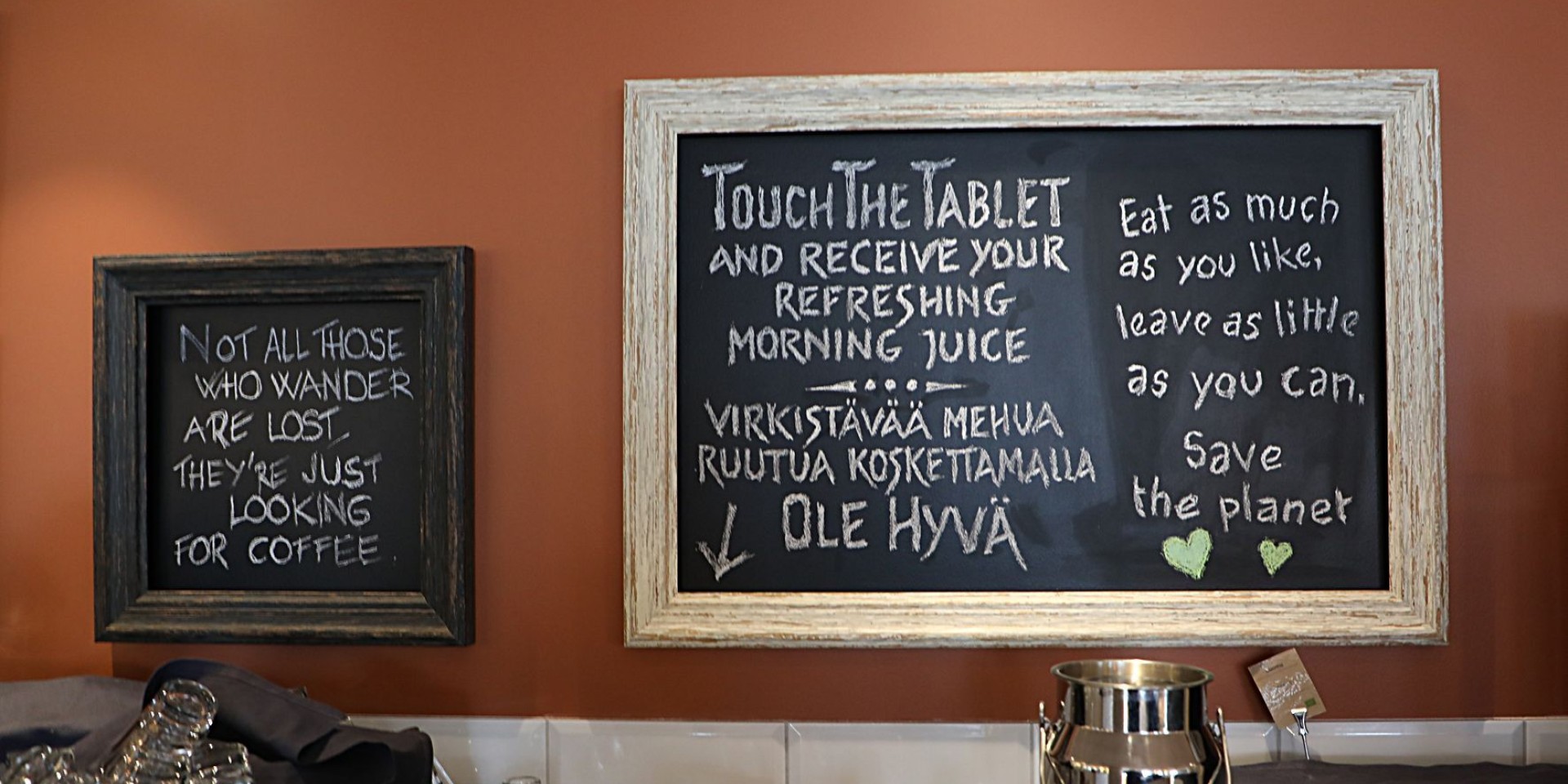 Arthur Buchardt was seeking to build a hotel in the spirit of Alvar Aalto in Katajanokka, and some of that spirit moved to Jätkäsaari. The white reception counters in the hotel lobby are shaped like the famous glass vase by Aalto. The lobby and Sky Room bar have seating groups with chairs upholstered with the architect's zebra-patterned fabric. Zebra-patterned pillows can be found throughout the hotel. Aalto's "wicker chairs" are in the breakfast room, which also serves as the Kitchen & Table restaurant.

The colour scheme of the hotel interior design follows the same subdued line that prevails outside: white and shades of grey. As a "stimulus", black colour and slightly more colourful effect walls can be found in the hotel rooms and hallways, as well as in public areas. However, all the colours are toned.

Esko Nurmisen Maalaamo Oy was responsible for the painting contract of the hotel interior. The products used were mainly provided by Tikkurila. According to Construction Manager Vesa Stam, the tight schedule of the site was naturally reflected in the work of the painters. However, the craftsmanship that demanded precision was done without rushing: 'The small effect patterns on Sky Room's green and gold wall were hand-made using a stencil with Harmony interior paint and products from the Taika series. The end result looks exactly like wallpaper.

The concrete pillars in the spacious lobby and on the 16th floor were treated with Tikkurila's matt Nova 7 renovation paint, and the lobby steel pillars with Helmi furniture paint. The walls of the rooms were painted with semi-matt Nova 20 renovation paint and the ceilings with matt Luja 7 topcoat. The walls of the corridors were also treated with Luja 7, but the effect walls with Nova 20 and a slightly darker shade. 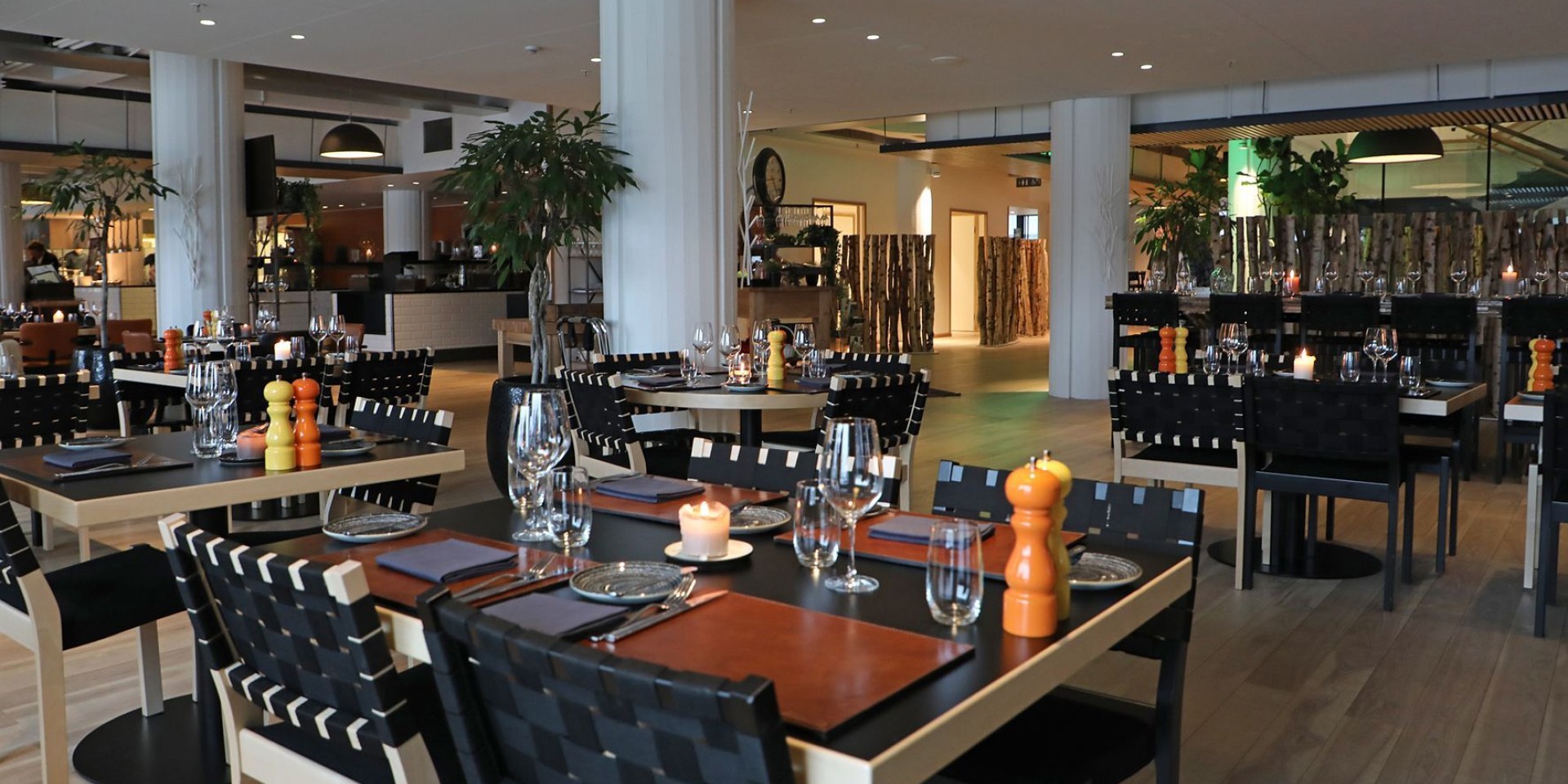 The old staircase walls and ceilings of the event centre were painted with greenish-grey Nova 20 renovation paint, and the walls of the conference rooms were predominantly painted with painter's white. On the ground floor walls and in the kitchen, the top layer was painted with painter's white Luja 7. On the walls of the restaurant, brick-red accent colour was used to remind of the history of the place. The high ceiling on the third floor has the non-reflective black Kattomusta.

Customers and other guests

In Tampere, the scenic bar has been a success. The Moro bar in Hotel Torni attracts up to a thousand visitors on weekends. The chequered twin tower in Jätkäsaari will not go unnoticed, but have customers found Clarion's Sky Room?

According to Hotel Manager Inari Lehtinen, Sky Room has also attracted cruise and local customers along with hotel guests, so apparently the reputation of the place has already gained a lot of ground. I went to test the place on a Saturday afternoon, when, despite the three bartenders, queues were formed, but time passed pleasantly admiring the foggy Helsinki from high above the ground. 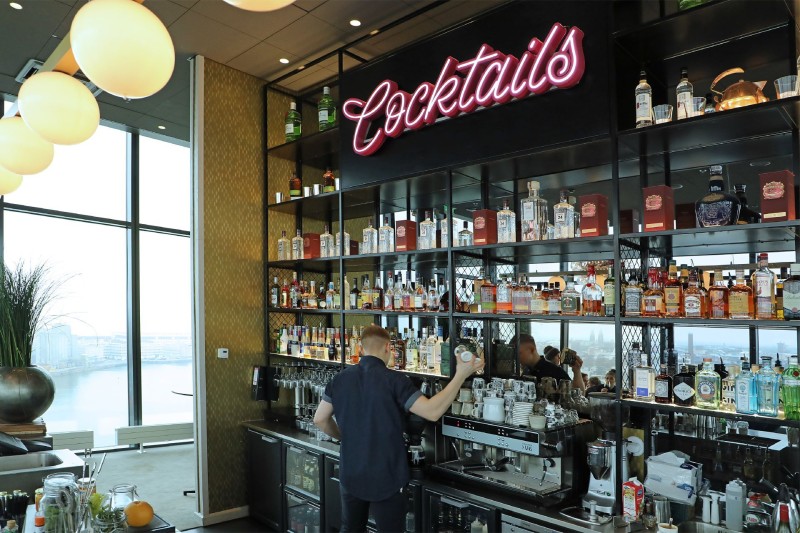 Yes, take me to the UK site
Continue to Tikkurila.com
Products used
26893 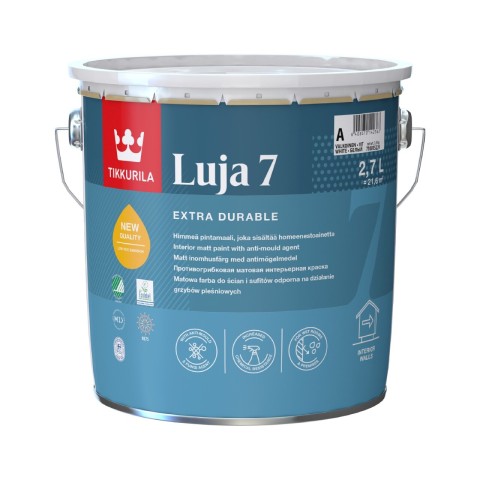 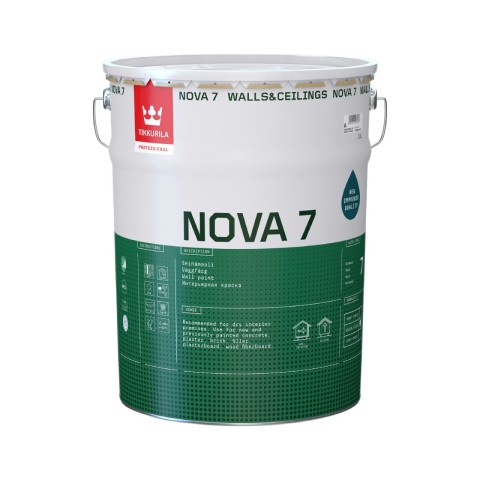 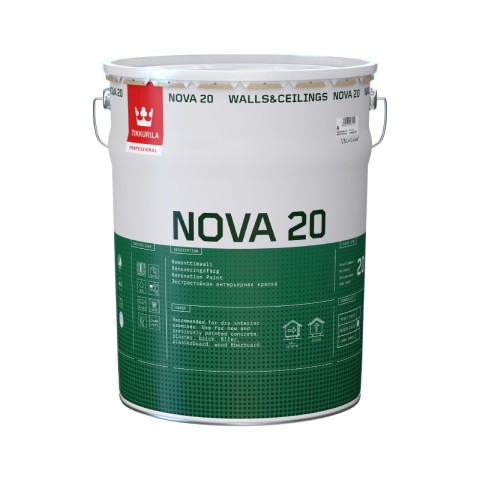 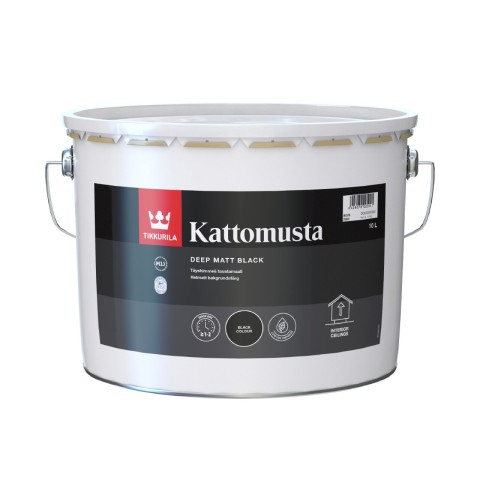 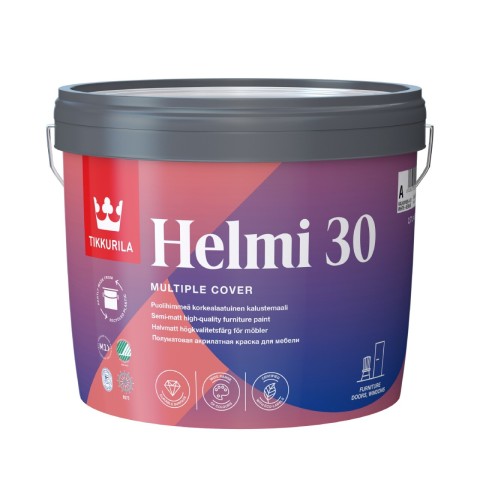