When interior agency Puroplan was assigned to plan the interior for an old port warehouse being turned into a small shopping centre, they wanted to plan something particularly beautiful.

First, a port warehouse, then an office, standing still for a hundred years. Jungmann, an old jugend building in Helsinki, Finland, was built in 1907 and completely renovated in 2022. The doors opened with a bunch of restaurants, a hotel, a bar, a spa, a grocery store and a café. Jungmann became the first small shopping centre in the historical, maritime Katajanokka neighbourhood.

The interior design of most of the spaces in the building was made by Puroplan, an interior architecture office specialised in designing hotels, restaurants and business premises. Besides all the restaurants, the spa and, for example, the hair salon in Jungmann, Puroplan designed the interior for Koti Hotel, which offers both short stay hotel rooms and furnished apartments for longer stays. 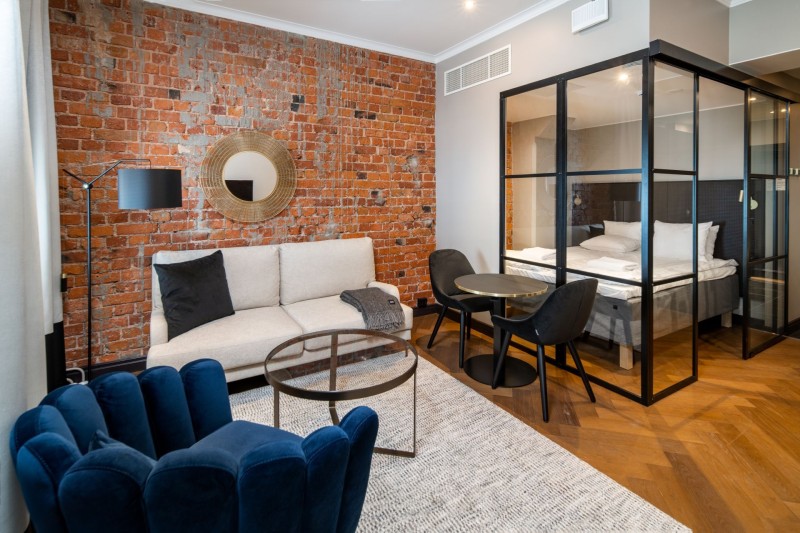 A hotel room ambiance is rooted in the brick wall and the velvety light grey on the wall, V486 Claystone.
Colors used

Puroplan designed light surfaces for the rental apartment to give the tenant more freedom in the interior.

“The hotel room concepts were planned together with Koti Helsinki to give a feel of warm, delicate and versatile spaces,” says Jaakko Puro, an interior architect and the managing director at Puroplan.

Tikkurila products were used in the rooms and vastly in the whole premises. For wet spaces Puroplan chose Tikkurila Luja 7 and otherwise sticked with matt finish paints because, according to Puro, matt surface matches the jugend building and also stands the test of time in hotel use.

Bits of history and the yard on the roof

The history of the jugend building directed the planning and affected the style of the interior.

“It was a diverse project as we planned everything from apartments and restaurants to public spaces. The aim was to create something particularly beautiful and well suited for the building,”

The history is especially reflected in the graceful facade of Jungmann, and bits of the history can also be seen in the interior, such as in the rough brick walls here and there. Most of the building is completely transformed since the interior design needed to be engineered for the new functions.

As the premises also include apartments and there is no yard at the lot, the yard was built on the roof.

– The whole roof is now a covered deck with many opening windows to let the fresh air in when needed. It’s an excellent space for tenants and visitors.

The facade of the roof terrace was treated with Finngard Clean 1,5 julkisivupinnoite in the shade 4840 from Tikkurila Facade colour card. 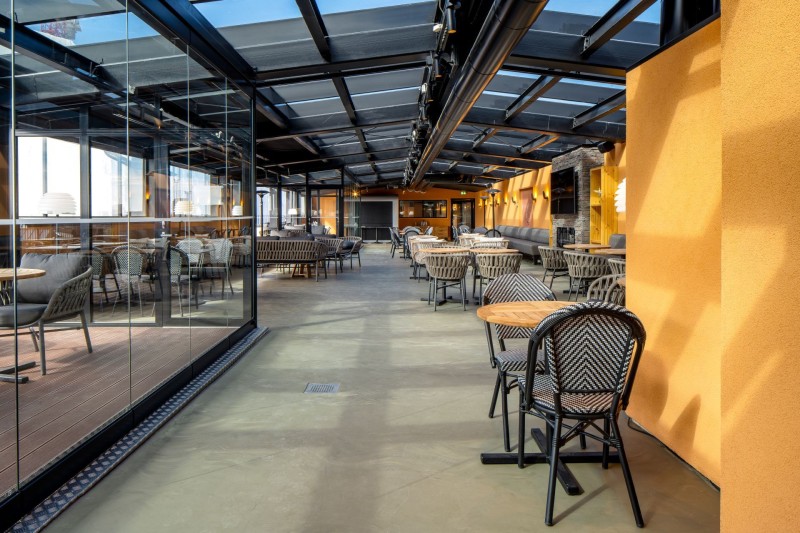 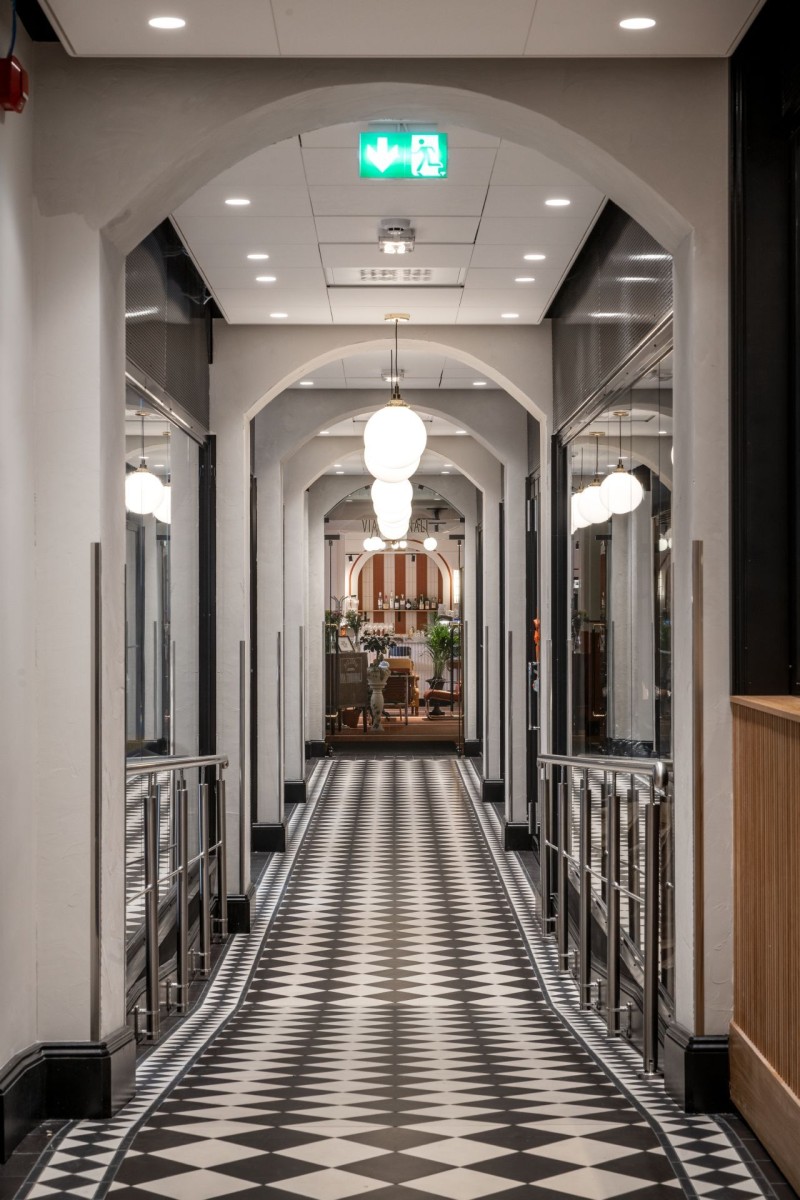 As the most iconic spot on the premises, Puro sees the black and white middle aisle in between the restaurants and other services.

“The ceiling height is low, but the aisle turned out really exquisite with the lush floor patterns, the reflecting glass walls and the arches.”

The arches are treated with Tikkurila Tunto Hieno effect paint in the shade G486 Tailwind and with a primer in H486. As Tunto Hieno has an interesting, textured effect, Puro sees it as a good choice, for instance, for lounges, hallways and receptions.

The Koti Helsinki hotel reception is a space that stands out in terms of colour and surfaces. It was coated with golden Tikkurila Taika Paint with a metallic and pearlescent effect and, using a sponge, dabbed on with Harmony Kuviointimaali effect paint in shade S401. 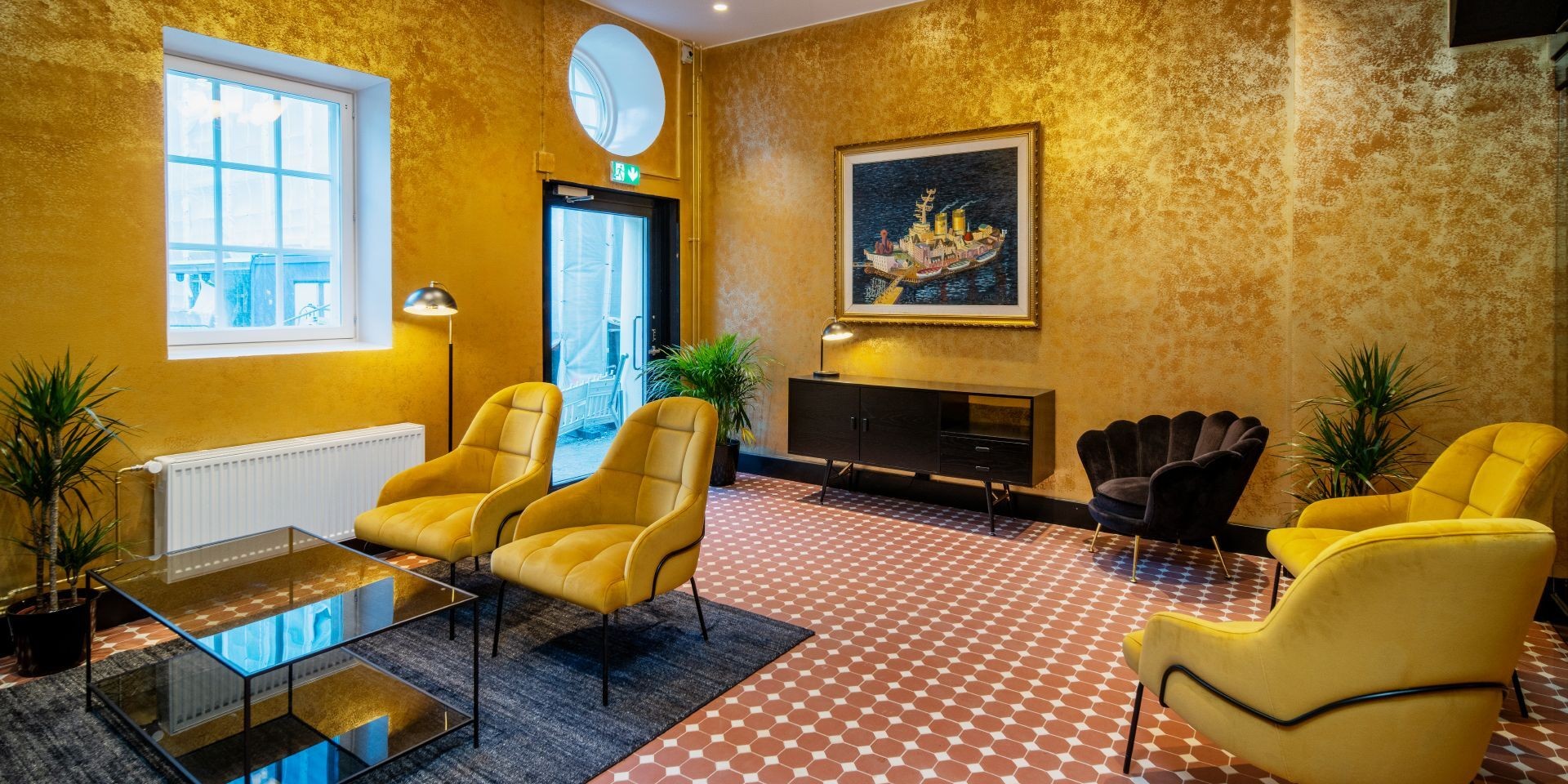 A unique interior for a unique place

Now that Jungmann is finished in all its glory and is open to the public, Puro can only be happy about the project. The feedback has been flattering as well. 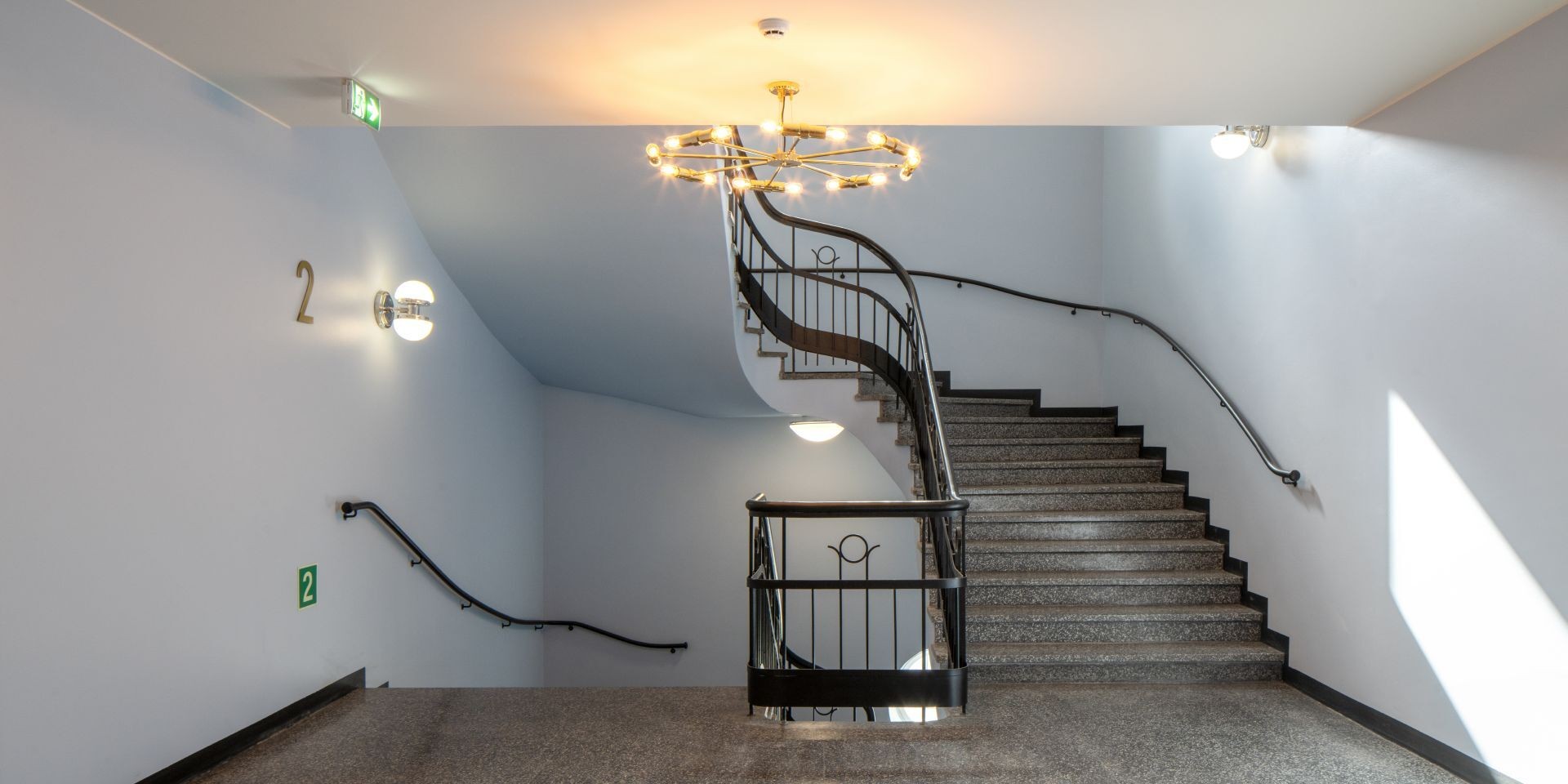 A soft light blue, Tikkurila X353 in the Jungmann staircase.

The project had its challenges – as always. As the premises had to be reformed for a completely different use, the new floor plan had to be made from scratch. According to Puro, making the sewerage and air conditioning fit the room plang took a lot of time and rethinking. Yet, everything worked out well.

“It was wonderful to make the interior design for such a unique building and make all the spaces look so attractive,” Puro says.

It was wonderful to make the interior design for such a unique building and make all the spaces look so attractive.
Jaakko Puro, Puroplan

Want to learn more and get access to exclusive information?

Feed your creativity with latest trends and grow your know-how about surface treatment solutions. Join Tikkurila Pro Designer - a new arena for creative minds in architecture and interior design.

Yes, take me to the UK site
Continue to Tikkurila.com
Read more articles 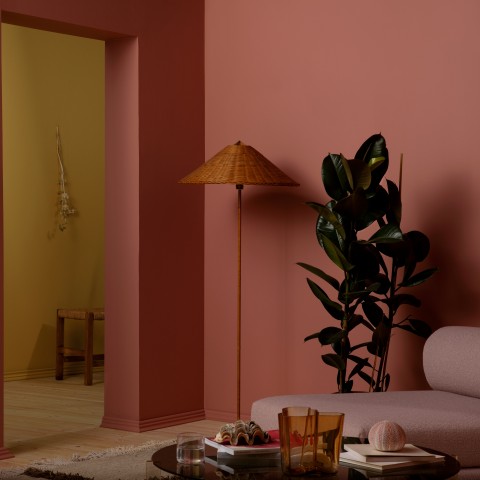 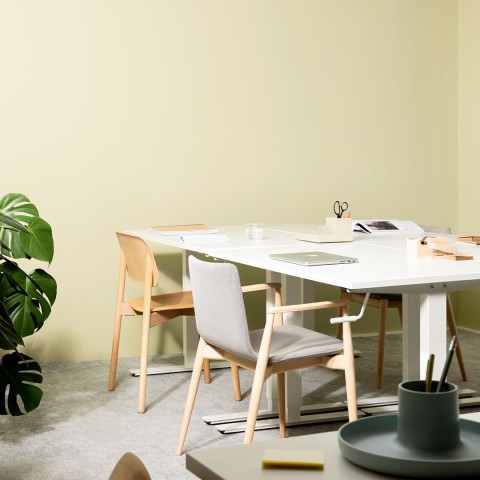 Office makeover is made with colours 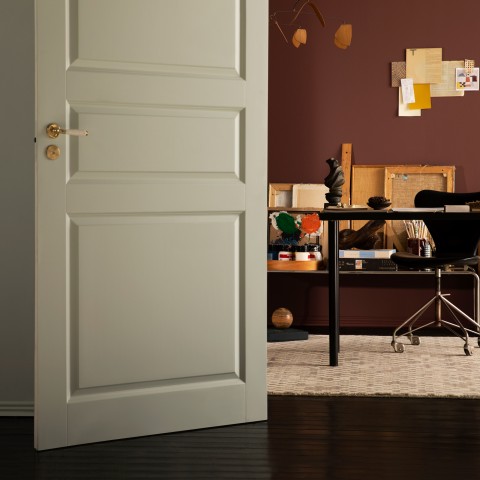 Pale brown
#786255
has been added to saved.
has been removed from saved.
en